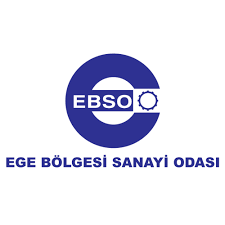 Growth does not create employment

Mr Yorgancılar, who introduced the Report with up-to-date evaluations at the press conference held for this purpose, said, “Unemployment has gone to 10.5 percent from 3.8 percent since 2010. Unfortunately, our way of growth and production does not create employment. ”  This is as pure an explanation of “impoverishing growth”, as real life examples can approach.  To recall, traditionally secular and pro-Europe,  most Aegean cities are now governed by CHP mayors, which is adding another reason to 18 years of neglect the AKP regime has bestowed on  the region to punish “the infidels” as inhabitants of Izmir and other coastal cities are affectionately called by AKP voters.

Expressing that the private sector fixed investments also decreased by 12.4 percent in 2019 compared to the previous year, Yorgancılar emphasized: “The companies try to maintain  production with their existing equipment. The bankruptcy protection measures amended in 2018 by the Grand Assembly (also called “concordat” in Europe) caused bottlenecks in receivable management and cash circulation. Exporters, on the other hand, came out of this crisis with the least damage due to the advantage arising from weakening exchange rates”

Yorgancılar, stressed that Turkey’s future lies in production and exports. He also reminded the audience that R&D still has a share of 35 per thousand in terms of turn-over. He stated that more progress needs be made for high value added production.

Will the Erdogan administration listen?