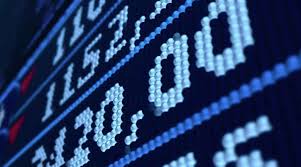 One of Turkey’s leading investment banks, Yatirim Finans (Invest) became the first institution to disclose the 3Q earnings review by its research department. The post-normalization recovery seems to have boosted banks’ bottom lines YoY, as QoQ they, too suffered a slow down. Non-financials  are forecast to release very poor financial results, but the devil is in the details.

3Q20 earnings season is to kick off next week with EREGL, TAVHL and ARCLK results (deadline for non-consolidated financials is October 30th and November 9th for consolidated financials). We estimate the corporates under our coverage to post 30% y/y decline in net earnings, reflecting negative impact of the pandemic on economic activity, higher financial expenses and FX losses.

We expect Banks’ earnings to increase by 36% versus last year’s low base, while non-financials’ net earnings are expected to decline by 51% y/y. Our bottom-up coverage based 12M target for BIST-100 is 1,400 and we maintain that lower volatility in macro dynamics and lower risk premium for TL assets in general would likely remain key drivers for short-term valuations -given the background of weak earnings.

Banks: another quarter of low profitability

We expect just 13% average drop q/q in net income, with ROE’s ranging between 3-15%. Three key pressure on earnings are i) lower TL core spreads due to funding costs, ii) FX losses, iii) lower fee income due to regulation impact, and iv) elevated cost of risk. With continued pressure on NIM and fees in 2H20, the key driver of profitability during the remainder of the year would be the trend in asset quality; but given the regulation changes that prolongs NPL recognition and the current growth environment, we reiterate that we expect low visibility on this front until 2021.

Economy management’s renewed focus on ‘normalisation’ is a positive development. Although weaker TL and/or higher interest rates do not bode well for short-term earnings, they may facilitate the re-balancing targeted for sustainable growth and continue lower Turkey’s risk premium. This raises the long-term appeal of sector’s valuation multiples that trend near historical lows.

Our current Top Pick in the sector is GARAN due to its strong capital position, provision buffers and earnings momentum. We expect the Bank to post stronger 3Q results (15.0% quarterly ROE before free provisions) versus peers, along with YKBNK (14.5% quarterly ROE).