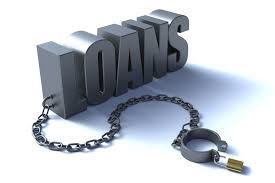 Bad debts could become more of a headache for Turkish banks when credit expansion slows, which threatens to reverse a decline in the ratio of souring loans, according to European Bank for Reconstruction and Development, reported Bloomberg.  Regulatory forbearance disguises the true magnitude of bad and distressed loans in Turkish banking system. However banks have to set aside provisions and report these according to international accounting standards when they issue Euro-bonds, securitize assets for sale or receive syndicated loans.  After Fitch, traditionally Turkey friendly EBRD, too, warned creditors that asset quality is deteriorating fast.

Treasury guarantees limit the asset-quality risk from SME loans under the CGF and our discussions with banks suggest that new loan deferral requests since end-1H20 have fallen sharply. But the economic impact of the pandemic and the range of sectors affected will damage underlying asset quality. Banks’ pre-existing balance sheet risks, notably from foreign-currency lending, exacerbate the risks, particularly given that the lira has come under more pressure against the dollar in recent weeks. Unsecured retail lending is also sensitive to a sizeable fall in employment, while recent rapid loan growth against a challenging macro backdrop brings seasoning risks.

Fitch expects that loan impairments will continue to weigh on profitability as banks provision for increased risks in accordance with IFRS 9, in part due to weaker GDP and employment inputs, irrespective of the easing of loan classification under forbearance. Banks’ ability to absorb losses through income statements, which has generally remained reasonable, could weaken as growth slows, margins tighten and effective interest rates rise. We expect banks’ cost of risk this year to remain high and interest receipts relative to interest accrued could also fall in the short term due to payment deferrals and grace periods on loans.

“The NPL issue is an elephant-in-the-room,” Roger Kelly, EBRD’s Istanbul-based lead regional economist, said in an interview. A boom in credit extension increases the risk of taking on riskier customers, and means many of the loans are still relatively young, he said.

To cope with an expected increase in souring credit, EBRD has proposed that an asset-management company is created to carve out bad loans. The London-based lender, which has vowed to boost loans denominated in liras and provided support of more than $13 billion in the country over the past decade, has said it would be willing to invest in a vehicle that would bolster the asset quality of banks.

Despite a currency crisis and a wave of debt restructurings to help businesses hit by measures to contain the Covid-19 outbreak, non-performing loans as a percentage of total credit declined to 4.1% at the end of August from 5.3% in January, according to data compiled by the banking regulator.

More highlights from the interview:

EBRD forecasts a 3.5% contraction in Turkey in 2020 and 5% growth in 2021, as consumption, tourism and transportation normalize.

The lender anticipates that a reduction in Covid-19 containment measures will allow exports to pick up. “If we see a second wave or other risks are materializing, we will revise our forecasts.”

“Monetary policy remains too loose, the real interest rate is still negative, which is fairly unusual for a country dependent on foreign capital.”

The central bank has pledged to return to a single policy rate, “which has earned them some credibility.”

“Sector’s NPL remained unchanged at 4.1%, while NPL provisioning ratio inched up to 73.7% from 73.2%. We do not expect a major change on this front in 2H20 despite the macro downturn, as the negative impact on asset quality is likely to come with a certain lag –extended further by recent BRSA measures that eases NPL recognition rules. In the meanwhile, Stage II loans are likely to increase, and as underpinned by August banking sector data, provisions are likely to remain elevated”, commented Yatirim Finans Research Department.