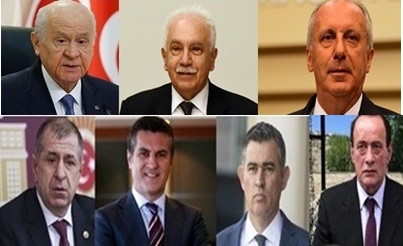 It was astonishing to read it from the media that Turkey’s super-powered President Erdogan heard how Turkey’s USD 120bn fx reserves were burned down during a briefing by his former finance minister Agbal and not before; so that he went running to sack the central bank governor on a Friday night earlier in the month.

As he denied his son-in-law from attending the same meeting, we all watched the Treasury and Finance Minister Albayrak’s mystery resignation from his post later in the same weekend, publicized from Instagram.

Yet, of course everyone knows these by now.

What is not known is where President Erdogan’s swings throughout the tumultuous November will end up in the near future.

It was no other than Erdogan who raised the stakes when he promised a “new era in economics and in the legal system” during his public address along with announcing the changes to top economy management.

Realists and sceptics were fast to expect nothing progressive from Erdogan after witnessing 18 years of his ever-tightening rein on Turkey.

Yet, investors seeking any form of return in today’s “low interest rate-high liquidity” environment, joined ranks to play along the yet another “new Turkey” tune.

The disgruntled, “30-40 AKP deputies” who are repelled by Erdogan becoming an orbit of and a prisoner to the AKP’s ultra-nationalist junior government partner MHP, also seemed willing to give it a one more shot; hopeful on Erdogan’s return to his past “glory days”.

When Erdogan said he saw Turkey’s future with the EU, his message seemed “too good to be true” but nevertheless swiftly added to the spur in Turkey’s financial markets.

The truth will out but before that…

Erdogan was speaking about reforms needed on human rights, freedom of expression, rule of law and etc… Finding the ground to voice his concerns, former AKP heavyweight and a member of Erdogan’s current “High Advisory Board” Bulent Arinc – lawyer himself- criticized the indictments into the apparent political prisoners of Osman Kavala (businessman, philanthropist and human rights defender) and Selaahattin Demirtas (the former co-chair of Kurdish nationalist HDP). Arinc claimed that Demirtas could be quickly released while charges against Kavala were outright baseless.

Arinc’c comments, a close ally to Erdogan over the past 45 years, motivated crowds about the possibility of a sincere maneuver from Turkey’s strong man Erdogan, who is referring  to “reforms” as he is engaged in an existentialist endgame to retain in power.  Yet, right after Arinc’s televised comments, the swirl of events changed route, right in the opposite direction again.

To the dismay of all those who were willing to bet on a “new Turkey theme” financially, MHP leader Bahceli stepped in and stepped in rough.  Through various ways he swiftly reminded Erdogan how his rule required 50%+1 of the votes which is only secured through MHP’s increasingly suffocative support to Erdogan.

Perhaps frightened by Bahceli’s call of early elections, Erdogan rapidly switched sides to back up hard-core nationalist MHP leader, at the expense of his 45 year “companion” Arinc. Hence Arinc resigned from Erdogan’s High Advisory Board; but not from the AKP.

All this was not enough for Bahceli though.  With a fierce hate speech, he glorified the presidential system in which his party found the largest room for policy making despite the fact that without its alliance with the AKP his nationalist party would have failed to even enter the parliament. He demonized Arinc, Kavala and Demirtas with very public degrading comments.

Hence, being the most pragmatic politician of his genre, Erdogan clarified his position. We heard him say Turkey had no Kurdish problem and that former HDP co-chair Demirtas was a “terrorist” and he defended the removal of elected HDP mayors from posts in Turkey’s Kurdish-majority southeast.

He said the AKP would carry out the reforms together with its MHP alliance partner aiming easier and quicker judicial processes.  On economic “reforms” Erdogan went on saying they were due after the Parliament approves the 2021 budget by late December which probably will be postponed into 2021.

Put in other words, the President drove the nails of the reform coffin.

The circle is closing on Erdogan

Turkey’s most powerful man, President Erdogan is now trapped by Bahceli the way he was never seen before.

His sudden recall of the need to improve rule of law and freedom of speech in Turkey all got wasted with Bahceli’s few moves. He is locked in tight to an alliance under the very system he strived to reach unlimited powers.  And the presidential system where Erdogan is obliged to get 50%+1 votes, serves the MHP ranks the most dragging the whole of the AKP into a very polarizing nationalistic stance that gets surreal at many times.

With Turkey’s economy in deep trouble, any “minor reforms” to get investor interest again will hardly deliver the expected results.  There is perhaps a few more rate hikes along the way.  Yet it seems the best the Turkish financial markets can attract is limited with a couple of billion dollars in the form of portfolio flows.  Real commitment to Turkey requires the very reforms mentioned by Erdogan only a week ago which were blocked by Bahceli who banked on the MHP’s critical support for Erdogan.

However, it has become crystal clear that holding on to Bahceli, Erdogan is designated to lose it all. The economic meltdown long began and now Erdogan’s political powers are melting away.

What we have witnessed over the past two decades about Erdogan is that he does not like being challenged the way Bahceli is doing and that he is capable of changing routs to partner with whoever serves the best for his own interests.

How can Erdogan help himself?

Keeping the elections as they are scheduled for in 2023, Erdogan can move out from the spider’s web Bahceli has been building around him in only one way.

That is, he can form a grand alliance with the opposition CHP perhaps including nationalist IYI Party to rewrite Turkey’s constitution with the aim of returning to the parliamentary system.

Such a huge step would no doubt add the urgently needed vitality to the Turkish economy immediately. Given the current poll readings, Erdogan still has a very high chance of getting the majority he needs to govern Turkey under a brand new parliamentarian system; cleaned from the economic wounds he created.

His other option would be to remain under the control of Bahceli which will no doubt lead Turkey and the President into darker days.

Hence, the recent display in Turkey’s political arena can be interpreted as the calm before the storm.

President Erdogan stands at the crossroads and the path he is about to choose will either lead him to helping himself out from an economic and political deadlock or getting buried under the economic meltdown along with his collaborator, the MHP leader Bahceli.