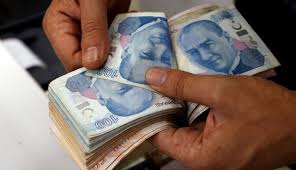 Turkey’s central bank won praise Thursday after it sharply raised its benchmark lending rate and pledged to fight inflation, a move that had the apparent backing of President Recep Tayyip Erdogan, who had previously pressured policy makers to keep rates low.

In its first policy meeting under the leadership of newly appointed governor Naci Agbal, the central bank raised its key, one-week lending rate to 15% from 10.25% and said it would provide all funding through that facility.

“The increase is another positive signal towards restoring credibility after the change in the economic management team,” said Maya Senussi, economist at Oxford Economics, in a note. “It is a first step in the process of containing inflation expectations and rebuilding reserves, both of which have suffered badly over the past year.”

The Turkish lira USDTRY, +1.13% strengthened by 2.3% versus the U.S. currency, trading near 7.531 to the dollar. The lira has fallen sharply in 2020 and remains down more than 20% versus the dollar year to date. The lira’s rapid decline earlier this year had prompted fears of a balance of payments crisis, economists said.

Erdogan earlier this month dismissed Agbal’s predecessor and accepted the resignation of his finance minister and son-in-law, Berat Albayrak. Moreover, Erdogan, also signaled he was prepared to accept austerity in an effort to stabilize the country’s finances.

The lira had suffered, with investors shunning the currency and Turkish assets TUR, -0.67% as Erdogan previously railed against higher interest rates, bizarrely arguing that they led to higher inflation.

The lira has regained ground since Erdogan’s shift and the reshuffle in the economic team. Analysts welcomed not only the rate increase, but also elements of the policy statement, including a pledge to reverse the “dollarization” of the economy and rebuild foreign exchange reserves, as well as a commitment to restoring policy transparency.

The latter “is an essential step to rebuilding trust with both foreign investors and with Turkey’s local depositor base. Over time, this will likely contribute to further stabilization in the Turkish financial markets,” said Phoenix Kalen, a strategist at Société Générale, in a note.