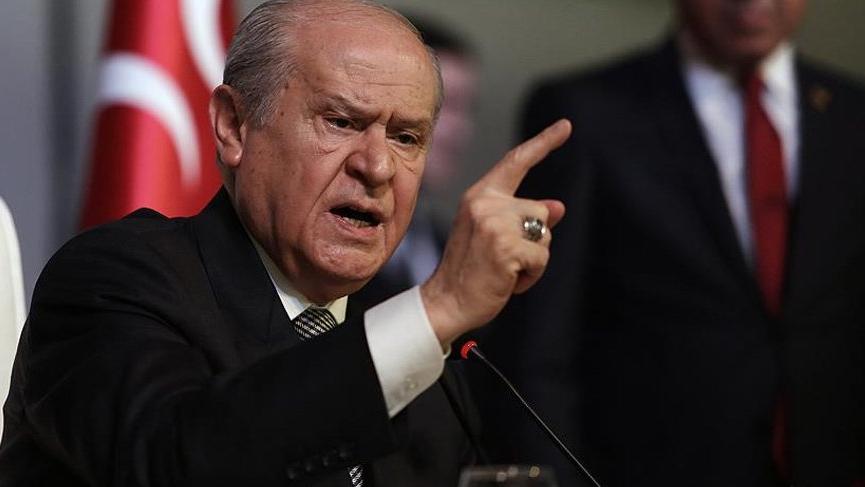 Bahceli was commenting on CHP deputy Ali Mahir Basarır’s remarks on the Turkish army “being sold” to Qataris in a series of deals signed between Ankara and Doha.

“The fact that a CHP deputy calls the Turkish army ‘sold’ is a shame and dishonor that should be brought to account. It’s the rooting of enmity against Turkey,” Bahceli told his party members in a weekly parliamentary group meeting on Dec. 1.

“The CHP has come to a point where it became a national security issue,” he added.

A probe was launched into CHP lawmaker Ali Mahir Basarır for saying that the Turkish army was “sold to Qataris.”

Basarır on Nov. 28 slammed a contract signed last year with military vehicle producer BMC, a joint Turkish-Qatari venture, for the mass production of the Altay tank.

“We are at a point that the state’s army is sold to Qatar in a first in the country’s history,” Basarır said in a program on Haberturk TV, referring to the Tank and Pallet Factory.

His comments were immediately slammed by the government, which prompted the judiciary to act on the issue as well.

During his speech, the MHP leader branded the CHP as “a political defect and a flaw.”

“Which part of our heroic Turkish army was sold? Was its struggle against terror sold? Calling the army ‘sold’ is a clear statement on being at the service of others. I’m telling the CHP: Being an enemy of our soldiers is being a soldier of the enemy.

AKP Speaker Omer Celik today joined Bahceli and said the CHP leader Kilicdaroglu turned into a problem for Turkey’s democracy. The CHP leader had said Erdogan had turned into a security issue for TUrkey today when addressing his party group at the Parliament.