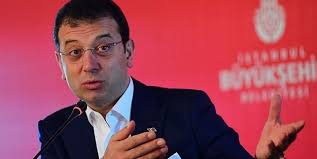 The Nov. 23 plan to assassinate İmamoğlu, which has led to the arrest of multiple gunmen,  has prompted increased security for the People’s Republican Party (CHP) mayor on the orders of the Istanbul Governor, Odatv said, which is apparently confirmed by Interior Ministry sources.

But the directorate said that there had been no assassination attempt or arrests made linked to any such attempt, in a statement issued on Tuesday.

On the other hand, the spokesperson for Istanbul Municipality, Mr Murat Ongun claimed to secularist Cumhuriyet daily that a tip about a possible assassination attempt had been relayed to the Municipality office by 23 November, as a result of which security measures have been doubled.

The Odatv report suggested that the gunmen were linked to the Islamic State (ISIS) and the order came from the senior members of the jihadist organisation.

Mainstream, pro-government Hürriyet columnist Fuat Bol wrote that some prominent figures might be assassinated in Turkey in the coming days, in a style similar to the killing of Iranian nuclear scientist Mohsen Fakhrizadeh in Iran over the weekend.

Fuat Uğur, another pro-government columnist, penned an article in on Saturday, in which he wrote that the CHP leader could be killed with an assassination.