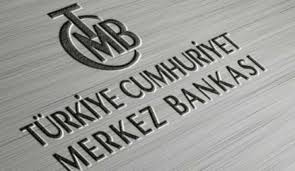 Agbal is like the big game hunter brought in to down the market beast or bear who has been ravaging the market and already took out one much loved family member. He is likely to only have one shot at this, and he better wait to see the whites of the market bear’s eyes and hope that he has a big enough caliber bullet.

I think Erdogan has given him a mandate to hike tomorrow and stabilize the lira and the market. Logic suggests he takes the repo rate to at least 15% as the average funding rate is currently close to 14.75% so he can sell this hike as not really a hike but normalizing rate policy with the repo becoming the base rate.

If anything I think Agbal does more not less, as if he fails to do enough this time I think it will be hard to go back to Erdogan and ask for another bullet. I would also argue that if he fails to down the market bear this week he will likely be wounded beyond repair in the markets eye. The bear will be emboldened and would need an even bigger bullet to be downed next time around, and hard to see Erdogan giving him that easily.

So for me Agbal takes the base rate to 15%, If not higher – I would expect a positive surprise.