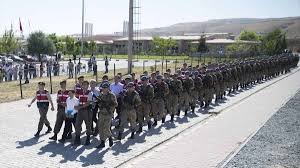 At the forth anniversary of the Gulen-organized July coup attempt, the government an opposition still argue loudly whether President Erdogan knew about or helped organize the coup. To the best analysis of PA Turkey, Erdogan was not culpable. Yet, he needs to be taken to account for the mindless and traumatic witch-hunt that he personally oversaw post-coup. At the forth anniversary of the coup attempt, PA Turkey wanted to focus on the social cost of purging alleged Gulenists from the society. Today, the Gulenist network is still active in USA, South Africa and most of Europe, while the Erdogan government continues to persecute pious citizens for alleged crimes with very flimsy evidence.

A two-year-long state of emergency declared after an abortive coup in Turkey on July 15, 2016 caused immense suffering among civil servants who were dismissed from their jobs by the government and their families, a report jointly released on Monday by the Justice for Victims Platform and member of parliament Ömer Faruk Gergerlioğlu reveals.

Brain drain, increased poverty, loss of a highly qualified workforce, despair and loss of faith in the future of the country were some of the major negative impacts of the state of emergency, the report found.

According to the 1,500-page report, 50 percent of the victims of the mass dismissal felt obligated to move to a new location. Forty-six percent are still unemployed. Forty-four percent have at least one relative under arrest. The report further shows that 91.2 percent of the victims want to leave Turkey and live abroad.

Following the coup attempt, the Turkish government declared a state of emergency and carried out a massive purge of state institutions, summarily dismissing some 130,000 civil servants including academics, teachers, diplomats, military personnel and police officers with emergency decree-laws subject to neither judicial nor parliamentary scrutiny. The purge hit followers of the faith-based Gülen movement, highly critical of Turkey’s President Recep Tayyip Erdoğan, the hardest.

With the decree-laws, the dismissed civil servants have also been barred from taking up positions in the public sector.

“The decree-law victims not only were removed from their jobs but also barred from seeking employment in the private sector and denied access to social benefits,” Gergerlioğlu said during a press briefing.

The survey was conducted on 3,305 people, 2,748 of whom were victims of the mass dismissal, 332 were relatives of victims and 225 were individuals not personally affected by the purge.

The report found that 98.2 percent of the victims had not been the subject of a judicial or criminal investigation before their dismissal.

The dismissed civil servants lost 70 percent of their average monthly income, while their relatives also incurred a 50 percent loss in income, a circumstance that reduced them to dire financial straits.

According to the report 99.1 percent of the victims are college or university graduates or holders of master’s or doctoral degrees, which means an immense loss of human resources for Turkey’s public administration.

Another striking outcome of the survey is that an overwhelming majority of the victims who define themselves as religious are after their victimization more inclined to the leftist, socialist, social democrat or secular/humanist worldview.

According to the “victim relatives” taking part in the survey, the biggest problem they have been facing is economic hardship (97.9 percent) followed respectively by psychological problems (88.6 percent), loss of social prestige and social exclusion (83.7 percent), disintegration of social circles (83.1 percent), unemployment/lack of employment (80.4 percent) and lack of social security (73.2 percent).

By Stockholm Center for Freedom, this website is banned in Turkey, to read the full article click here