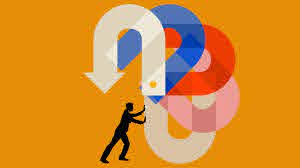 Yes, as was anticipated, signaled by nobody else than the President himself – a bit reservedly perhaps- the policy rate of the weekly repo was elevated to 15% from 10.25%; a notch above to central bank’s  average funding rate of 14.8%.

The justification for the rate hike was brief, including clear messages for the markets, accepting Turkey’s outstanding macro problems.

It simplified the monetary policy by stating it would “provide all funding through the main policy rate“, which is the one-week repo auction rate.

The freshening part of today’s decision was not only the rate hike.  A clear change of approach is read through the note: from denying what has been happening in the Turkish economy to accepting how deeply troubled the Turkish economy stands recently .

It hailed the rising global uncertainties, said the new curfew measures would hit the services sector in the Turkish economy. The MPC faced up to the side effects of the strong credit impulse to offset the 2Q20 lockdowns, saying “current account has been adversely affected through the imports channel“.  That is, excessive domestic demand, spurred with cheap loans to secure a V shaped recovery in 3Q20 that pushed the inflation and the current account deficit to unsustainable levels.

And yet the best part was on inflation.

It addressed the awareness on pass through from TL weakness and volatility that will show in November numbers. It mentioned rising food price inflation and the deteriorated inflation outlook.  Said differently, central bank’s lost expectation management abilities.

Underscoring the need for “a transparent and strong monetary tightening in order to eliminate risks to the inflation outlook, contain inflation expectations and restore the disinflation process” along with a strong -well realized indirectly already- rate hike now make a good starting point to the new term of the Turkish central bank under Agbal’s governing.

The clear message as the final note of the press release saying “monetary policy would remain tight until a permanent fall in inflation was achieved” also stands out when recalling how ambivalent the previous MPC decision notes had been.

Its referral to “inflation targeting” in the final paragraph could was well be read as commitment to reducing high inflation before addressing “economic growth ambitions of the President at all costs.” Its reiteration that the one week repo rate will be the only indicator for the monetary stance along with promising “predictability and accountability” is a clear return to orthodoxy by every global standard.

A good start but not yet good enough

He not only seemed to contain the President’s false and very costly theory on how high interest rates create high inflation, but also managed to kick aside the “Alice in Wonderland” approach to monetary policy management.

Yet, all the history with President’s Erdogan meddling in with monetary policy, killing central bank autonomy, deadly wounding its credibility; how the last two governors were pulled aside abruptly and in fact how all the unorthodox monetary policy experience dating back to 2011 had slowly been pulling up Turkey’s inflation are fresh in the minds and the hearts of the investment community.

Now, a strong support to Agbal’s good start is needed from Turkish statistics office when announcing the November inflation figures- all doubts about “managed figures” should be put aside.

A central bank talking realistically is a breather for the economists in general, yet a repeat of the August 2018-July 2019 cycle of events will be followed closely.

That is; with market pressures mounting, Turkish central bank hikes the rates excessively, inflation starts to decline, and rate cuts are being forced by the President himself through comments lacking respect for central bank autonomy and a rate cutting governor is appointed to deliver only what the President is telling him to do until the economy sinks into chaos again.

Hence, Agbal will have to prove his good start is not only a tactical maneuver or the result of a temporary tolerance from Erdogan to avert the acute TL weakening.

He would have to be consistent so that he would fulfill the role of an autonomous central bank governor, at times clashing with Erdogan to deliver a sustainably low inflation.  He should -by his acts- really target the 5% official target and not be settled down to a single digit – say 9% CPI inflation- which would be good enough for Erdogan to push for easy monetary policy.

And President Erdogan would have to retune his rhetoric, forget his version of the interest rate-inflation relationship, respect the central bank autonomy and its decisions to the extent not to “replace” the ongoing governor with the next whenever it suits him to do so.

There is room for TL/USD to march below 7.00 threshold in a sustainable manner.  Inflation will peak by January to start showing signs of dropping again. Yet, the central bank governor Agbal and President Erdogan would both have to “prove themselves” long enough for investors to get committed to Turkish financial markets again.

Last but not the least: “Commitment” to Turkish economy and its financial markets would require more than monetary policy orthodoxy.

President Erdogan would have to “deliver” the legal and economic reforms that he had been utilizing as a carrot to attract investors. Otherwise, higher real rates would only serve for the hot money to come in; and its majority would leave the Turkish markets when the real rates are forcefully lowered back to the extent proving nothing can change in Turkey under the current administration.