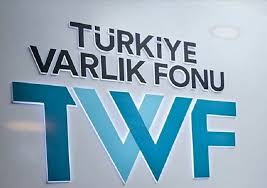 The news channel declined to comment on the reason for the postponement. Yet there were comments in the media that either there was no satisfactory demand or very high interest rates demanded from potential buyers.

The Turkey Wealth Fund had mandated banks HSBC, the ICBC and Citigroup for the Eurobond sale which was expected this year lacking a specific date.

The Eurobond receipt was to serve as the AKP’s plans to make the Turkey Wealth Fund the backbone of the country’s economic growth strategy through investments in strategic domestic industries. Chaired by President Erdogan, the fund has  controlling interest in Turkcell, Turkey’s biggest mobile phone operator, a 10 percent stake in the Istanbul Stock Exchange and is helping to pay for the construction of a finance center in Istanbul.  It also controls companies including Turkey’s biggest state-run banks and Turkish Airlines.